Landscape, abstraction, colour and light have long been the dominant themes of my painting. Inspired by the countryside around our Somerset home, by visits to the Lake District and Scotland and dreams of places further afield, I have sought to evoke the world of nature, of hills, mountains, water, skies, trees, and above all, light. Over time these ‘abstracted landscapes’ slowly became more simplified – increasingly pure celebrations of colour and light, and as they did so I found myself being drawn to the empty landscapes of the North and to the Arctic. Then the strange and mesmerizing phenomenon of the Aurora Borealis, or Northern Lights, crept into my consciousness and dreams.[1] In the aurora these four main themes of my work seemed to come together in an irresistible way. And so, in October 2014 I made the first of three trips to Finnish Lapland in the hope of seeing the aurora for myself.

Within minutes of our stepping out into the icy arctic air at Ivalo airport a strong auroral display appeared overhead (Fig. 2). I took a number of photographs, but on my return from Finland I found it very hard to relate these digital images to my recollection of the experience. It felt almost as if I had not been fully ‘present’. Although I saw other gentler displays of the aurora before travelling home it felt like I had experienced only the beginning of an introduction.

I found the landscapes of Northern Finland staggeringly lovely. They felt peculiarly familiar; almost as if they were the place I had been dreaming of and painting for many years: a world of water, trees and sky, silent and empty, bathed in the purest of lights, (Fig. 3). But nothing could have prepared me for the beauty of the Arctic night. As Fridtjof Nansen, the great polar explorer, wrote: ‘Nothing more wonderfully beautiful can exist than the Arctic night. It is dreamland, painted in the imagination’s most delicate tints: it is colour etherealized. One shade melts into the other, so that you cannot tell where one ends and the other begins, and yet they are all there. No forms – it is all faint, dreamy colour music, a far-away, long-drawn-out melody on muted strings.’[2] (Fig. 4)

After five months experimenting in the studio with ways of evoking the aurora on canvas, but with only limited success, I returned to Finland. The polar night was over but the snow still lay deep on the ground. The aurora danced gracefully overhead each night (Fig. 5). As I stood beneath a beautiful auroral corona one night I recalled a description that I had read in the National Geographic that now seemed beautifully apt, that it was ‘like looking up into the heart of a flower of glorious light whose petals rippled in a breeze that could not be felt—a breath from beyond this planet.’ [3] (Fig. 6)

Writing of seeing the aurora in the Antarctic, Captain Robert Scott wrote: ‘It is impossible to witness such a beautiful phenomenon without a sense of awe and yet this sentiment is not inspired by its brilliancy but rather by its delicacy in light and colour, its transparency, and above all by its tremulous evanescence of form. There is no glittering splendour to dazzle the eye, as has been too often described; rather the appeal is to the imagination by the suggestion of something wholly spiritual…’ [4]

It is extraordinarily difficult to describe adequately the experience of seeing the aurora in words. Barry Lopez notes that ‘it is unusual in the literature of exploration to find a strictly consistent reaction, but virtually everyone who wrote down his thoughts about the aurora described, first, the inadequacy of his language and, second, a pervasive and stilling spiritual presence.’[5] It also seems that there are remarkably few paintings that convincingly capture the otherworldly beauty of the aurora (Fig. 7, Fig. 8). The recent development of the digital camera has led to a proliferation of photographs of the aurora. The camera, however, tends not capture the aurora as seen by the naked eye. DSLR cameras are much more sensitive to colour at low light levels and so photographs of the aurora often seem rather technicolour in comparison with the exquisitely delicate colours seen by the human eye. The long exposure times that are frequently necessary mean that much of the detail in the aurora gets blurred. The time-lapse videos are typically 50-250 times faster than in real life and lose the subtlety and solemnity of the aurora’s movement. Learning to make sense of what my camera recorded in relation to what my eyes saw has helped me to interpret other photographs of the aurora, and to use them to gain a fuller understanding of the kind of forms and colours it can take.

Seeing the aurora is a remarkable experience which has a profound effect on the viewer. As Barry Lopez again notes, ‘the most remarkable effect [auroras] seem to have is to draw a viewer emotionally up and out of himself, because they throw the sky into a third dimension, on such a vast scale, in such a beautiful way, that they make the emotion of self-pity impossible.’ [6]

The challenges for a painter trying to evoke the aurora are manifold: not only are its otherworldly qualities of light and colour to be captured, but also its slow, graceful, solemn movements, its exquisitely tremulous delicacy of form and the sheer vastness of its scale. It is a challenge that has captivated me and it is my hope that these paintings will convey something of the aurora’s mesmerizing beauty and the quiet awe that is felt by those who are privileged to witness it. 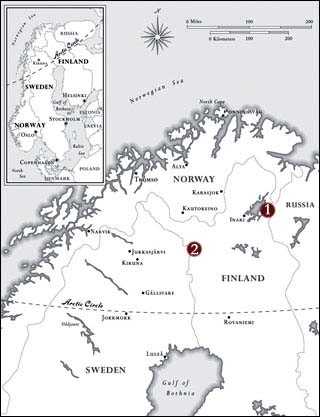 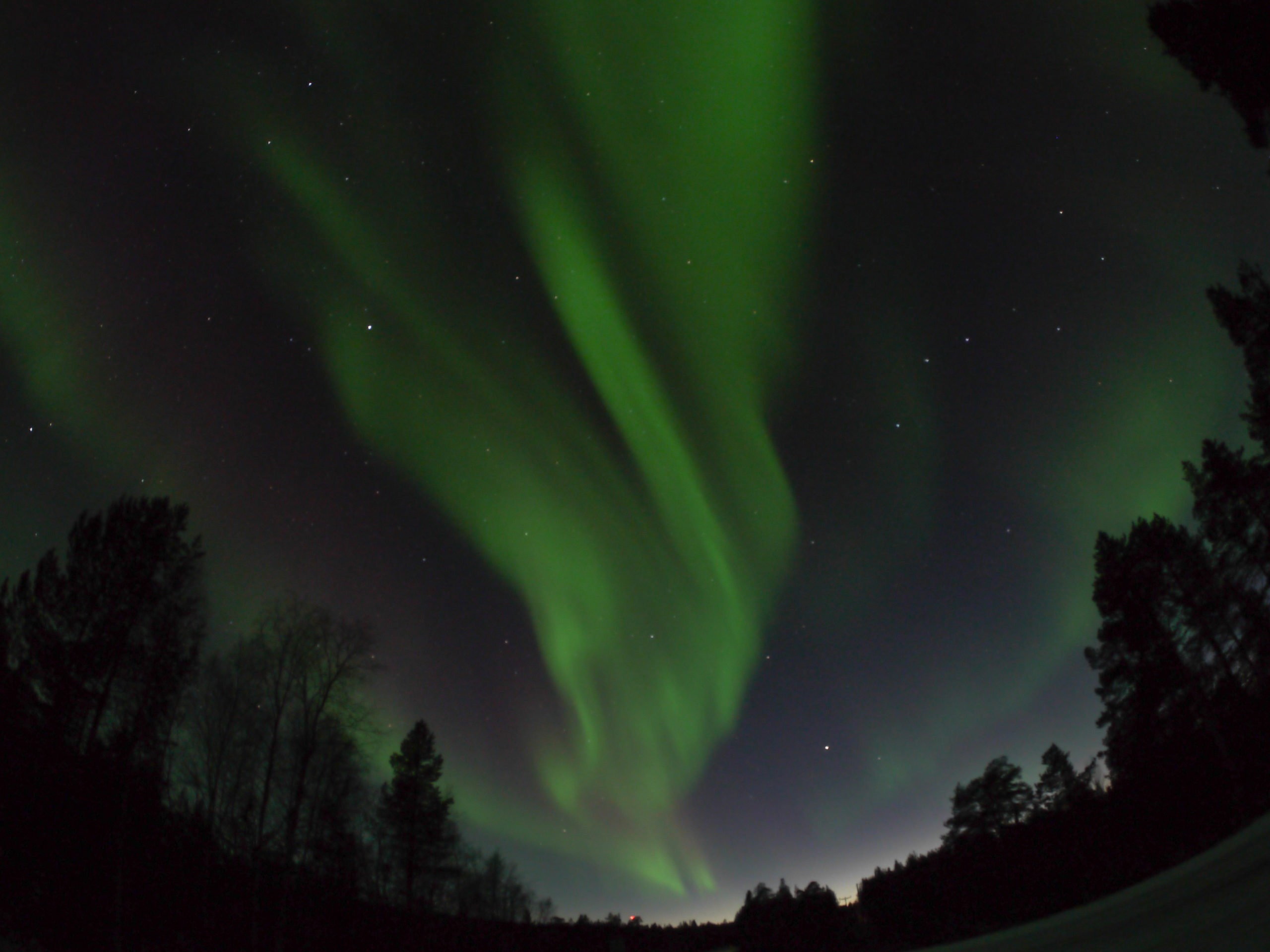 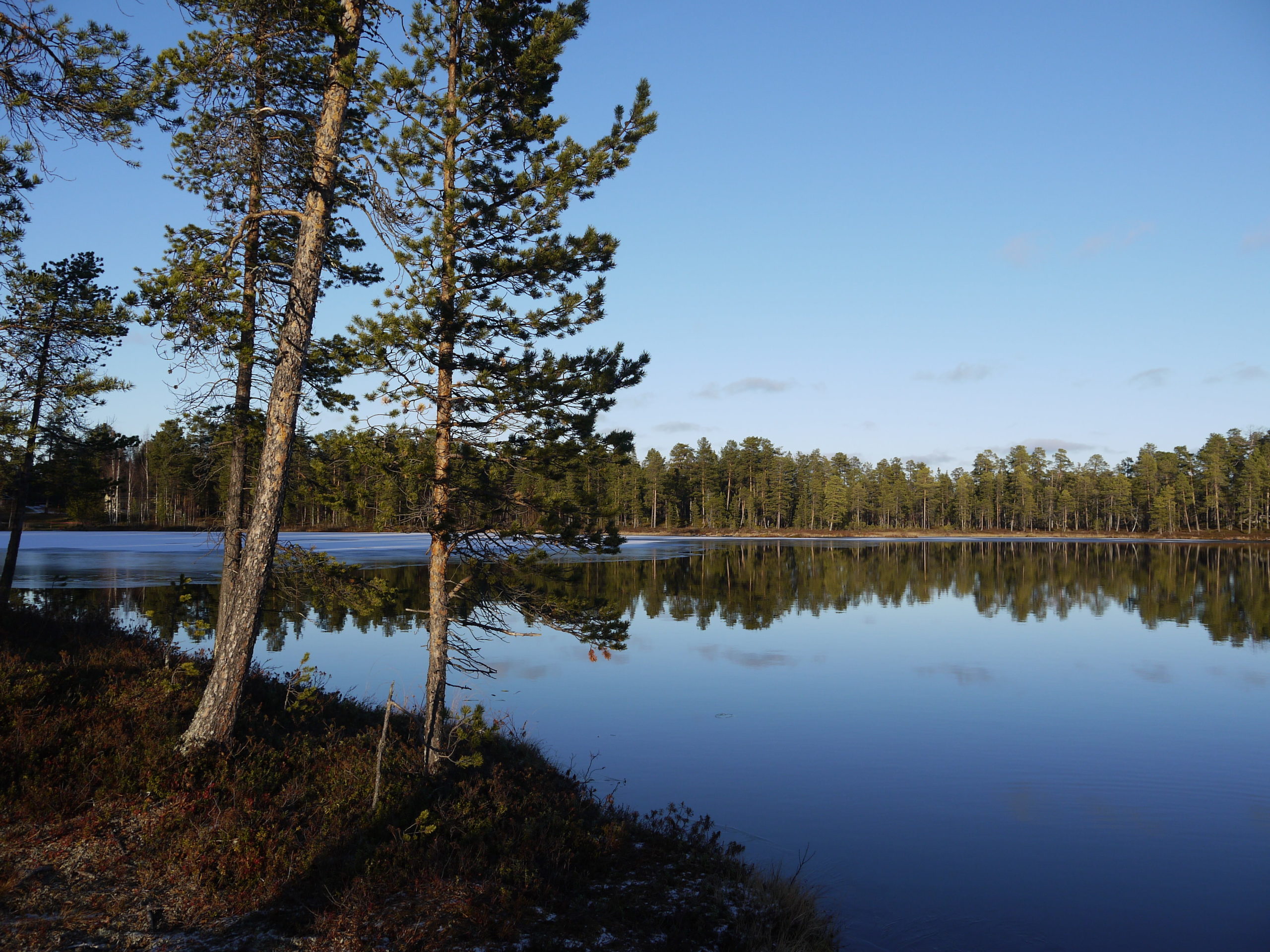 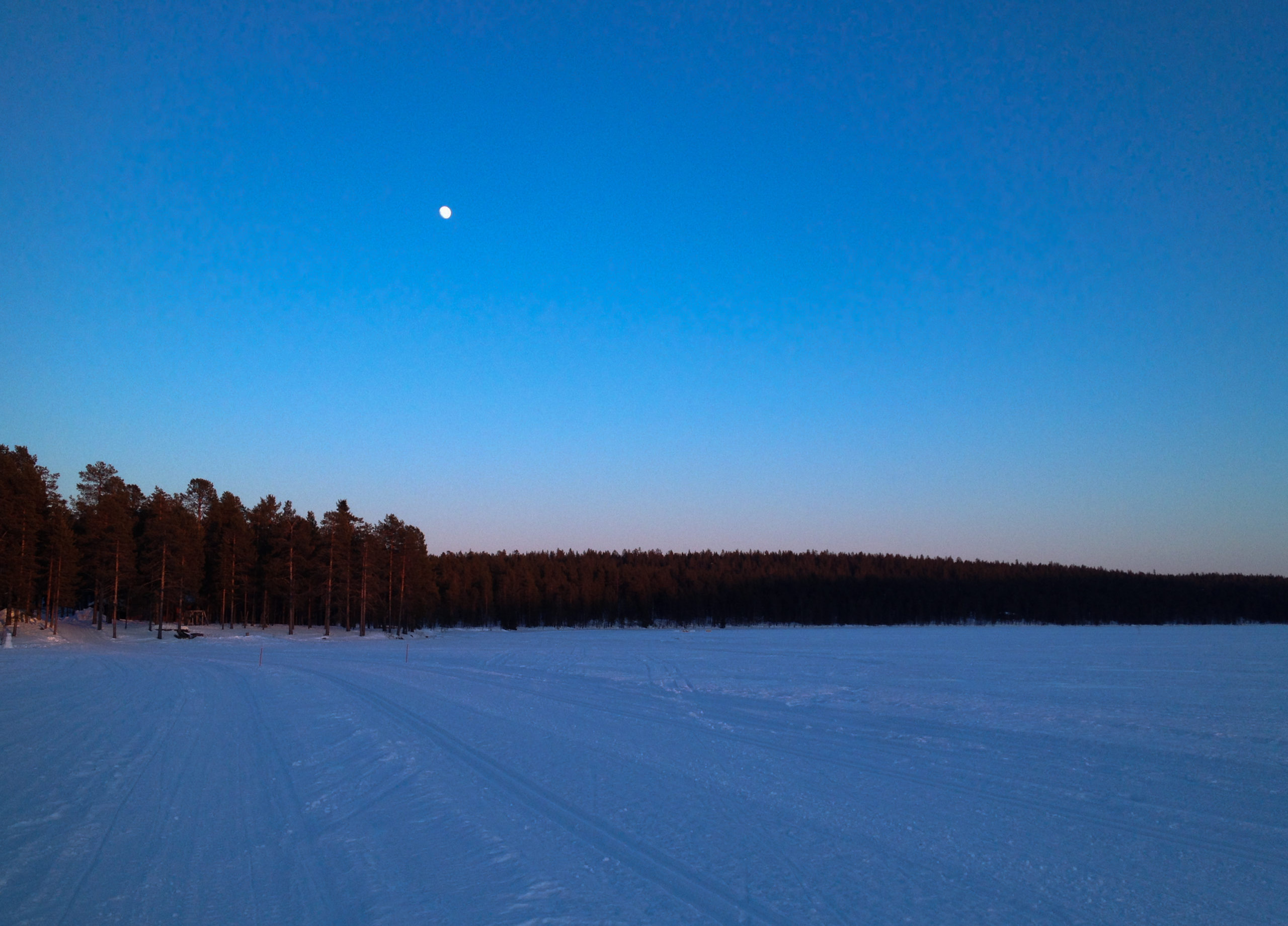 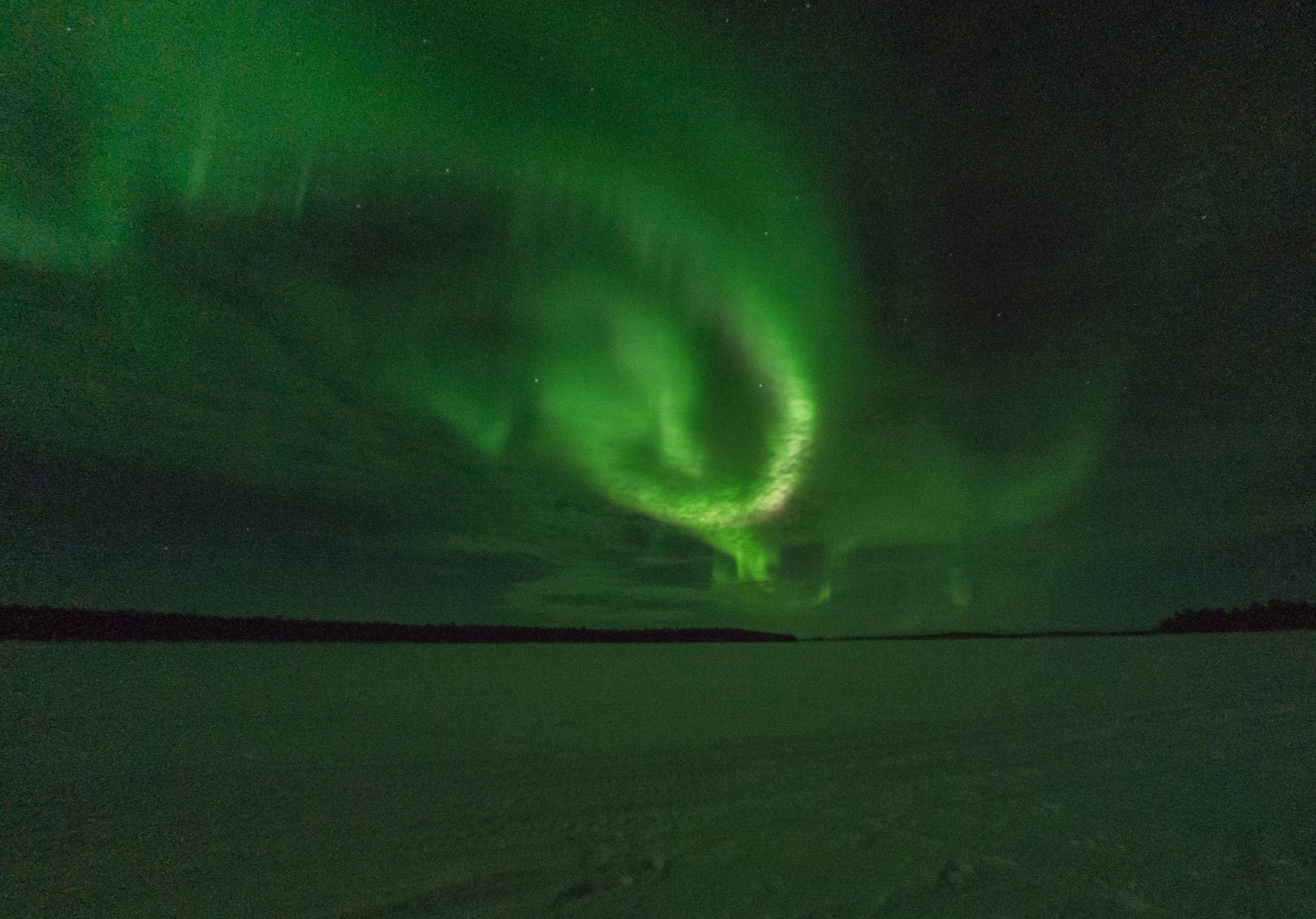 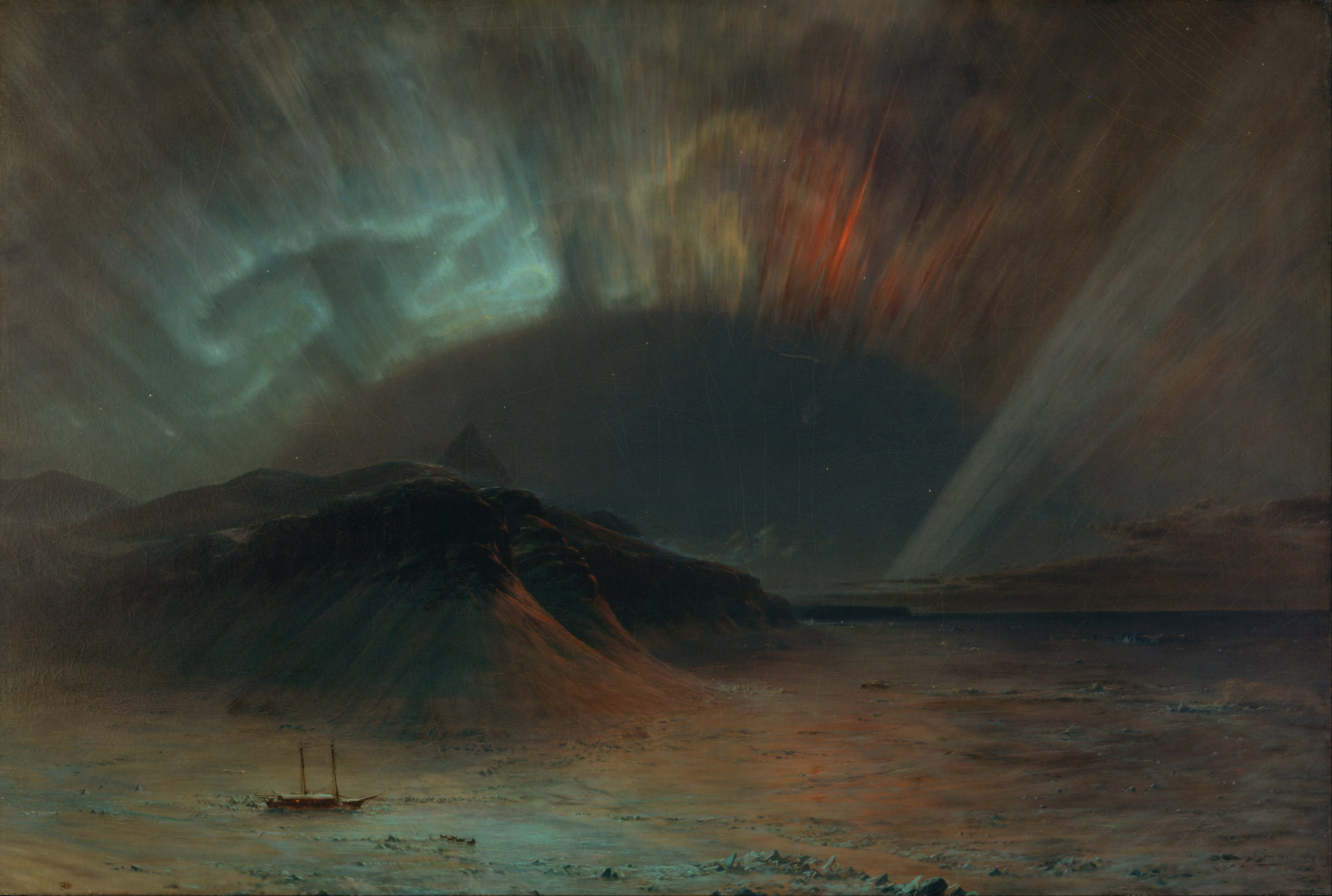