The artist’s lot is not as enviable as it might seem. Whether you date modernism back to the Impressionists in the late 19th century, to Kandinsky’s abstractions in the early 20th century, or to Duchamp’s appropriation of everyday objects around the 1920’s, today’s artist faces a daunting range of achievement in just about every conceivable medium and mode. How can he/she hope to say something new, worthwhile and individual? Many seek to answer this challenge by using the new audio-visual technologies, often very ingeniously. But is the result art as we know it? Others, encouraged by the tabloid press, fall back on the old artistic tradition – so successfully exploited by the Surrealists – of shocking the public, be it with dung-laden madonnas or a squalid bed.

Nicholas Jones is among those who believe it is still possible to say something meaningful and exciting by applying paint to canvas. Braver still, he chooses to work within the long tradition of landscape painting that has flourished with particular vigour in this country. True, his landscapes are largely abstract. Yet there is in them the same identification with the spirit of place that permeates the great line of English landscapists, from the Norfolk school through Turner and Samuel Palmer to Paul Nash and the neo-Romantics led by Graham Sutherland, and some members of the St Ives school, notably Peter Lanyon. To this Pantheon he would add as influential factors the great and gloomy German master, Casper David Friedrich, Japanese prints of the landscape genre, and Chinese calligraphy.

It may be that Nicholas’s instinctive respect for past achievements stems from his relatively – one could even say refreshingly – conventional and stable family background. All his 38 years have been spent in or near Bristol. The oldest of three boys, he and his siblings went to Clifton College, where their father – a keen amateur artist – taught modern languages. From there Nick, having shown considerable talent at Clifton, progressed to art School at Bristol Polytechnic, as it then was, completing a foundation course and three-year fine art degree at its Ashton Court premises.

It was not all plain sailing. He was unhappy at school, susceptible as he was to the pressures and stresses common to many first-born children. And he was far from certain how to set about earning a living after graduating. “I floundered around a bit”, he recalled. “At college I had done evening classes in stained glass, and for three years I made stained glass for people’s houses and any other stained glass work I could get. I didn’t make much money, but I quite enjoyed the discipline of designing, constructing and fitting it. It’s totally different from painting, in which you can change everything at any one moment. With stained glass you are very much stuck with your previous decisions.”

In 1990, a drying-up of stained-glass commissions coincided with – and perhaps helped prompt – a strong urge to start painting again. The upshot was a remarkable outpouring of canvases quite different in mood to anything he had done before. Suddenly he had found his confidence. Perhaps his marriage two years previously helped to give him a new stability: his wife Jane is a surgeon, and they now have two daughters and one son. Certainly he was inspired by a series of walks that took him to the Pyrenees, to Mull, Skye and across Scotland, enabling Nicholas to attune himself to great landscape. Blessed as he is with a strong visual memory, those walks remain a well-spring of ideas and inspiration, supplemented by daily walks around his home in rolling countryside near Bristol.

Since that first flush of creativity, there have been periods of frustration. Broadly speaking, the mood of his work has lightened, it has become more abstract and latterly, swifter in execution. His approach nowadays is to work on eight to twelve paintings at a time. “I don’t have a conception of what the picture will look like when it’s finished. It very much evolves through the process of painting. I start with a colour scheme or a shape. Basically, I’m trying to get something interesting to happen. I just want it to come alive.

“Up to six months ago I would let them drag on. I didn’t have a sense of urgency. In the last six months I’ve been trying to finish them in one go, if not within a few days, at least more quickly. It seems to give the paintings unexpected freshness.

“What I’m trying to do is to produce images that evoke and distil the experience of landscape – not a literal reproducing, but the feeling of what it’s like to be in a particular place.” In that aim he has been influenced by those 17-syllable haiku poems beloved of the Japanese. “In such a simple way they instantly evoke a very specific experience. I’d like something similar to happen with my paintings.”

One of the joys of abstracted landscapes is that they combine the highly subjective aesthetic and sensory appeal of pure abstract painting with the emotional appeal of more figurative landscape painting. Here are juxtapositions and gradations of tones to delight the eye, and textures of great subtlety. Here too is a whole world of nature, of hills, mountains, skies, water, trees meadows and, above all, of light. Little wonder that Nick finds painting exciting. “It’s like going on a journey when you don’t know what you will discover,” he says. Looking at what he has brought back from these journeys, it is our pleasure to share that excitement.

Roger Berthoud worked as a journalist for The Evening Standard, The Times and The Independent and is the author of biographies on Graham Sutherland and Henry Moore.
Roger wrote this piece for the catalogue for my first solo exhibition at the Crane Kalman Gallery in 2000. It was updated for the 2004 ‘Travelling Light’ exhibition catalogue. 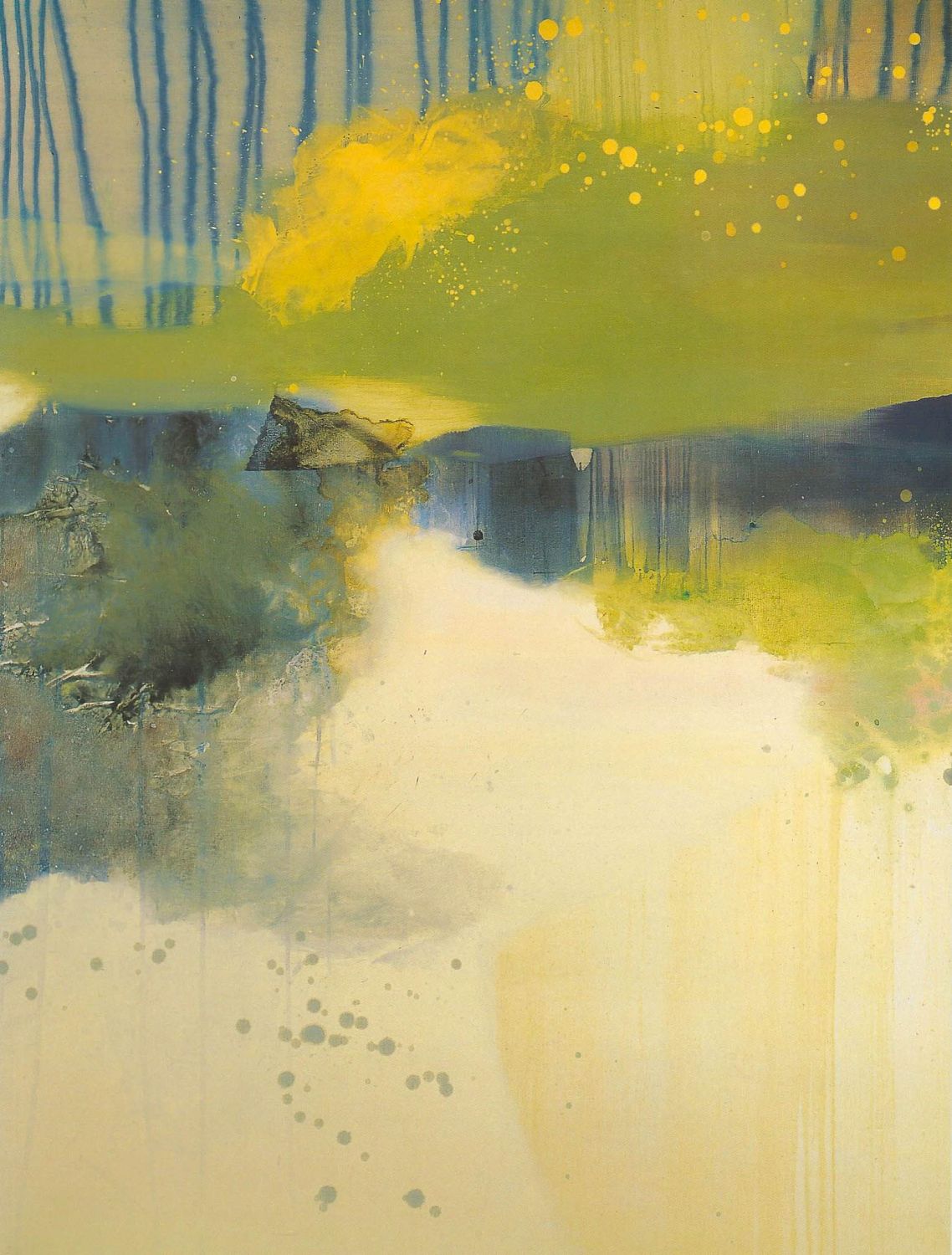 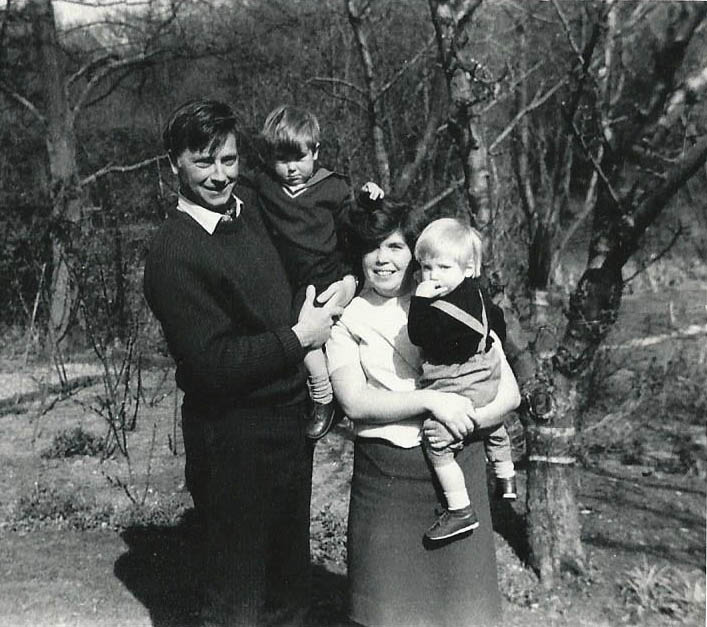 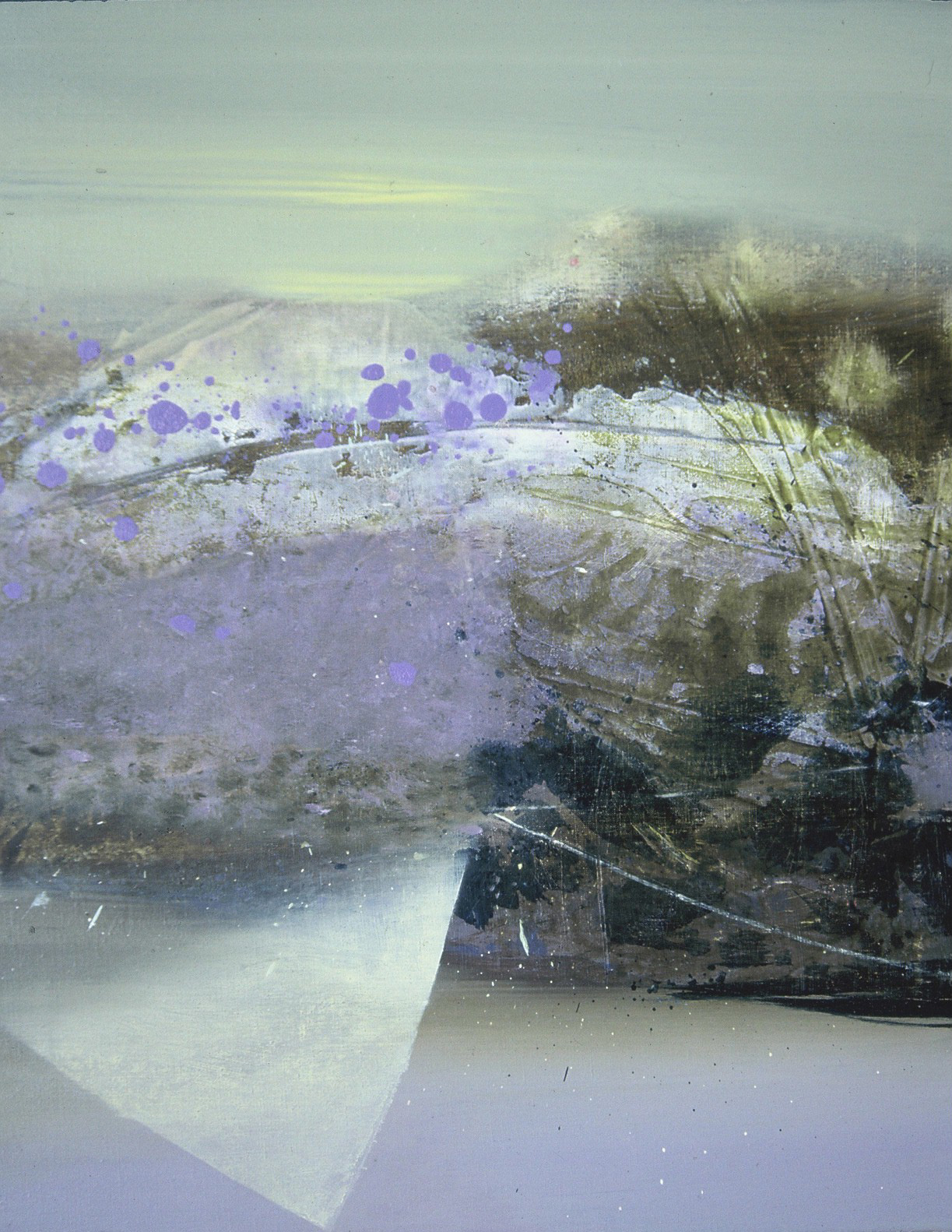 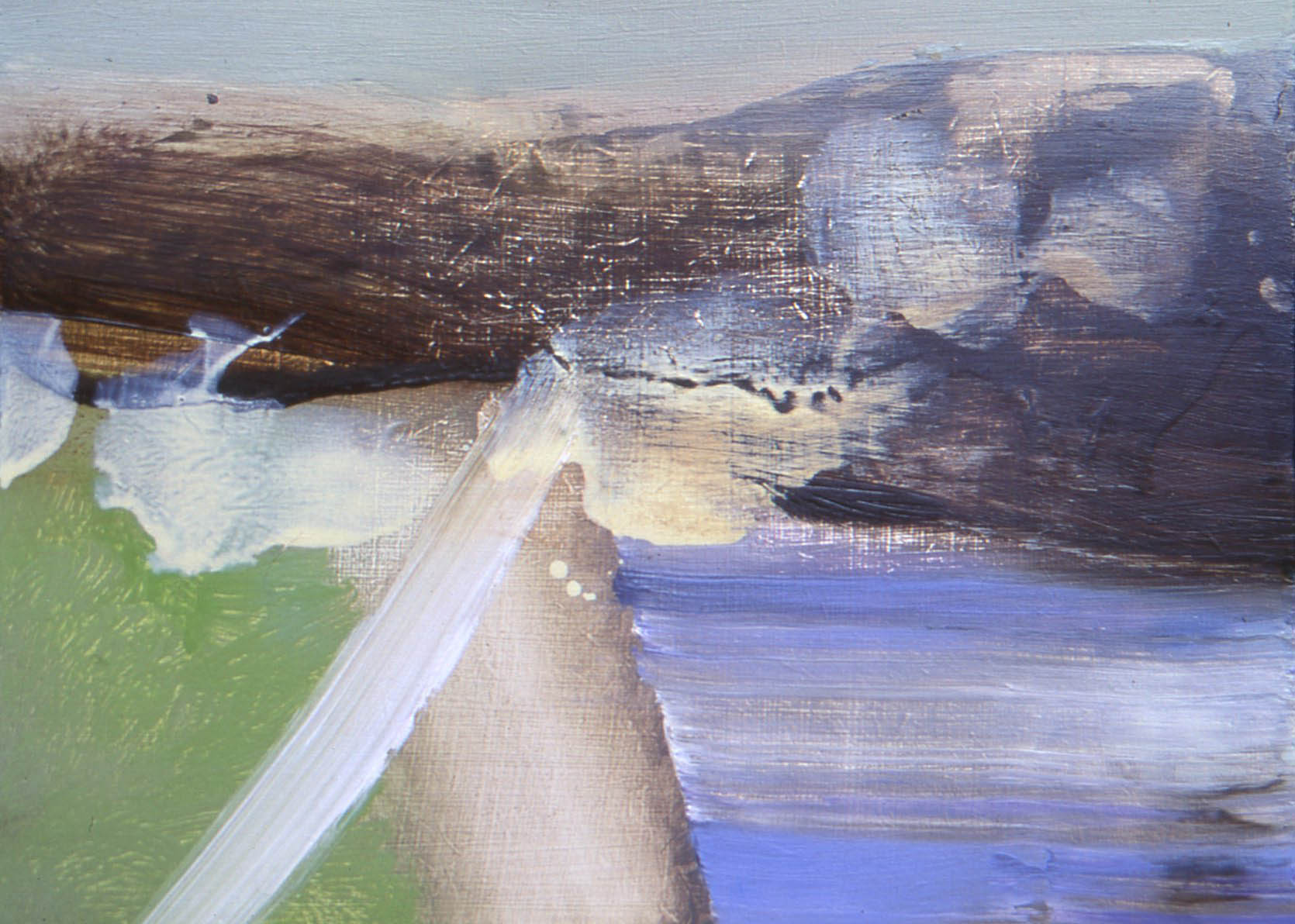